We talk a lot about pantry staples - extra virgin olive oils and vinegars, salts and spices, pasta and grains - but one that we've neglected to mention is lentils.

One of our favorite dishes on a cold night is Lentil Soup...tender lentils, a few veggies and a good stock are all you need to pull together a pot of soup to feed a crowd. Add some leftover pork, chicken or sausage and you've taken it to another level.

The inspiration for this newsletter was a dish we enjoyed just this past weekend. Surveying the refrigerator, our eyes settled on a nearly empty jar of harissa and a couple of fresh sausages.  A good start, but not a complete meal. A quick pot of lentils though, and we'd have dinner.

The tastiest, quickest and most foolproof way to cook lentils is this: half an onion, half a carrot and a clove of garlic into a saucepan with lentils and enough water to cover by an inch or two. Bring to a boil, reduce to a simmer and cover. 20 - 25 minutes later, you're enjoying lentils.

Served underneath the pan-seared sausages with a dollop of yogurt and a scoop of harissa....well, dinner alone had become something a little more special.

Without a doubt, these are the most sought-after lentils in the world. The texture of authentic Lentils du Puy is what sets them apart; they hold their shape beautifully and their earthy, vegetal flavor really bursts in the mouth.

If imitation is the most sincere form of flattery, then these are a very lucky legume. French authorities realized this and so bestowed AOC status to the real green lentils of Puy, France. These lentils are grown in the volcanic soil of Puy, in the central southern region of Auvergne.

(adapted from the NY Times "Recipes for Health" column)

This is a great way to bring some bright, fresh flavor into winter.  The crisp radishes and
scallions bring loads of flavor without any heaviness and the mint and parsley give the salad a taboulleh-like taste, something we're crazy for.

Place two medium saucepans on the stove.  In one, place one halved onion, 1 clove of smashed garlic, one bay leaf, the lentils and enough water to cover by 2 inches.  In the other pan, do the same with the farro.  Place both pans over medium-high heat.  Bring to a boil and reduce to a simmer. Cook the farro for 15-20 minutes, or until tender. Cook the lentils for 20-25 minutes - you want them tender, but whole and intact. Remove from the heat, remove the onion, garlic and bay leaf and drain the liquid. Allow to cool slightly.

In a bowl, combine the chopped scallions, radishes and herbs with the lemon juice, olive oil and salt and pepper to taste (you'll want to season again when the salad is combined). Toss the lentils and farro into the bowl and stir to combine.

This salad will actually improve over a 24-hour period, so make it a day ahead!

In the hills of southern Umbria, the Bartolini family has been growing olives, grains, and legumes since the 1850's. The lentils of Umbria, and Castellucio in particular, are famous throughout Italy and beyond for their outstanding color, texture and flavor.
The most classic dish of Umbria is the New Year's Eve staple of Cotechino with Lentils.  Cotechino is a large, coarse sausage made from the, ahem, less desirable parts of the pig and boiled. You could certainly substitute a good quality Italian sausage and serve it over the lentils.  You'll often see the dish finished with a drizzle of balsamic.

We don't pretend to know much about Lebanese cooking, but we do know a thing or two about Mujadrah. This dish is a staple of Lebanese cuisine and we can't get enough of this simple pilaf.  And when paired, rice and lentils form a complete protein!

In a saute pan with a lid, heat the olive oil over medium heat. Add the diced onion and saute until soft and translucent, about 8 minutes.  Stir in the lentils and stock and bring to a boil. Reduce the heat and cover - cook for about 10 minutes.  Stir in the rice and cover again - cook until both the rice and lentils are tender and the liquid is absorbed, another 10 - 15 minutes.

This is traditionally served topped with yogurt and fried onions.  To make the fried onions, saute sliced onions in vegetable oil over high heat for 10 minutes or until well-caramelized, almost burnt. 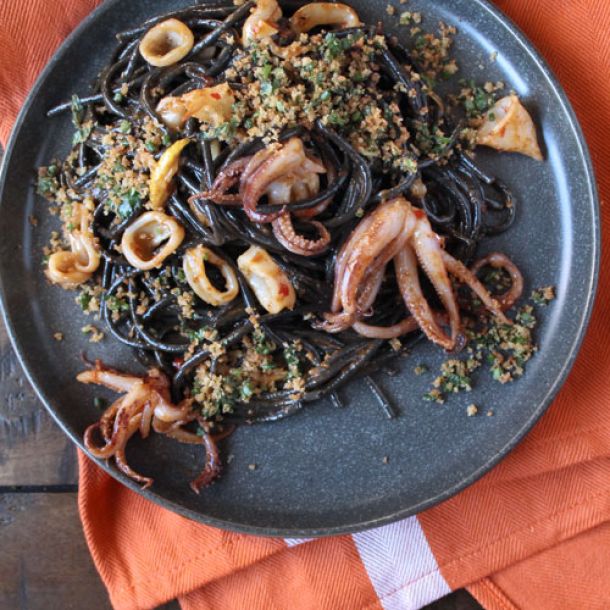 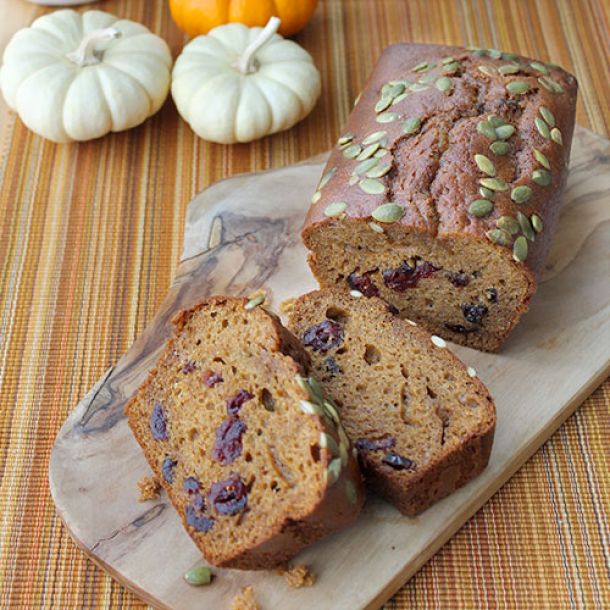 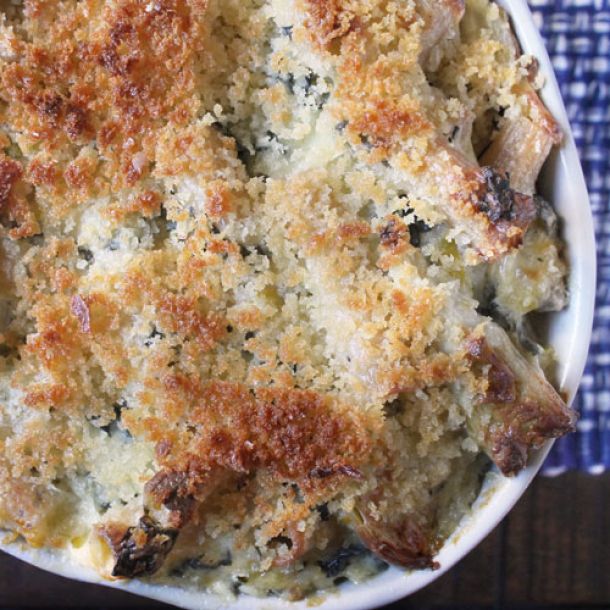